The MDI staff loves to travel for inspiration. When designer Beth Black and her husband were invited on a golf trip to Doonbeg, Ireland – she jumped at the chance to visit her ancestral home.

Beth traces her heritage to Antrim in Northern Ireland, a small area that boasts such natural wonders as the Glens of Antrim and the famous Giant’s Causeway. In 1776 Beth’s ancestors sailed out of Larne, Ireland on the Pennsylvania Farmer headed for Charleston. Once here they settled near Newberry, South Carolina before migrating west and settling permanently in North Mississippi, where Beth was raised (she moved to Charleston four years ago.)

The Blacks flew into Dublin then drove a few hours to see Antrim. Along the way they stopped in Larne, the seaport town where her ancestors departed Ireland. After a look around the little fishing village they headed to Antrim for a cozy stay in a Bed and Breakfast.

They enjoyed poking around the village flush with sheep, touring the oldest churches and adjoining graveyards looking for family graves (which they found). Then it was off for a seven-hour drive to Doonbeg, which Beth describes as her favorite part of the trip. (She loved the scenery but did not love the windy single track roads!) They cruised through small villages and rolling farmlands, including Moneyglass where the Game of Thrones Winterfell scenes are filmed. 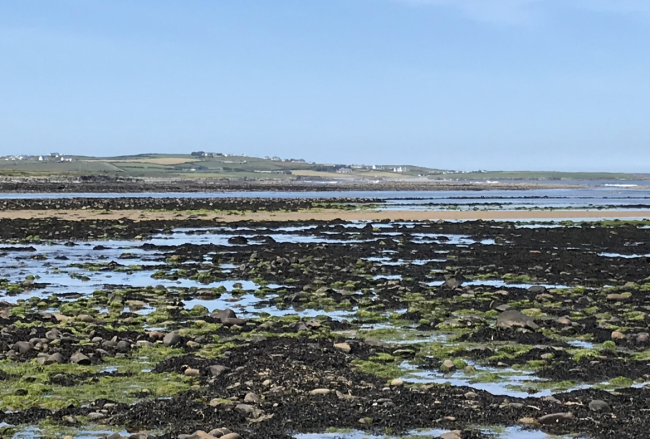 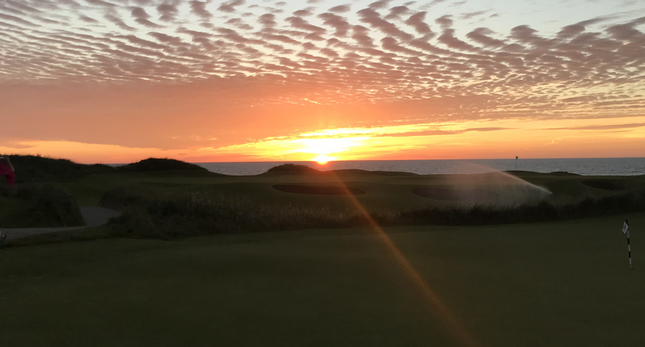 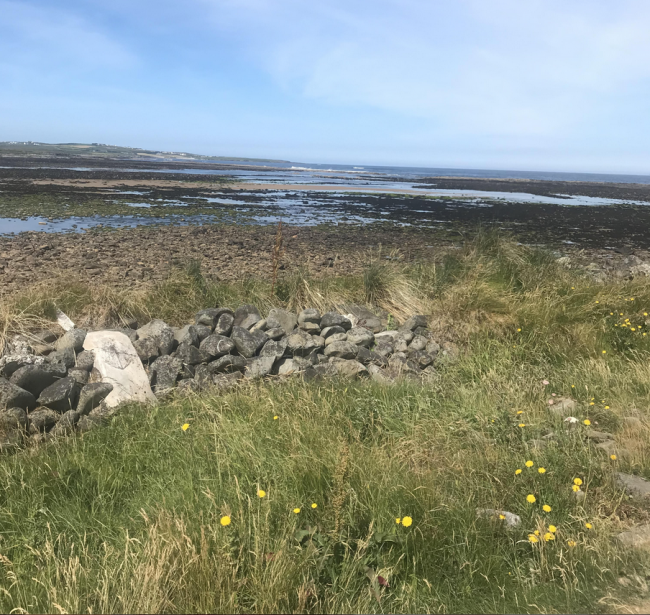 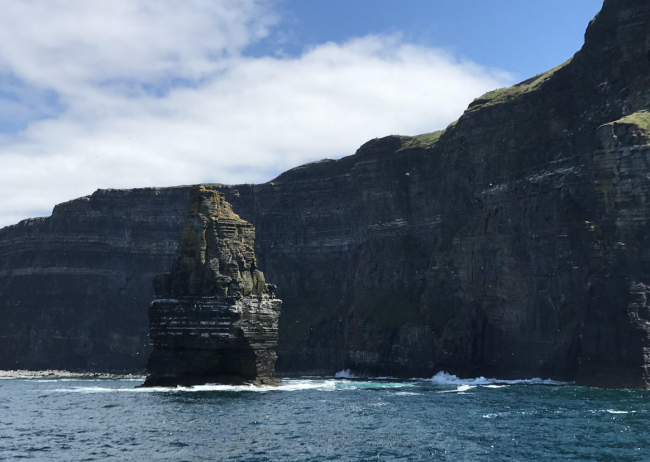 Doonbeg is a golf resort developed and built by the Kiawah Island development group and is located on the rugged coast near Galway. It’s recently been voted the #1 Resort in Europe by Conde Naste’. While her husband golfed, Beth went to see the legendary Cliffs of Mohr. It was in a cave in the cliffs that scenes from Harry Potter and the Goblet of Fire were filmed. She also took a jaunt to Galway for some shopping. 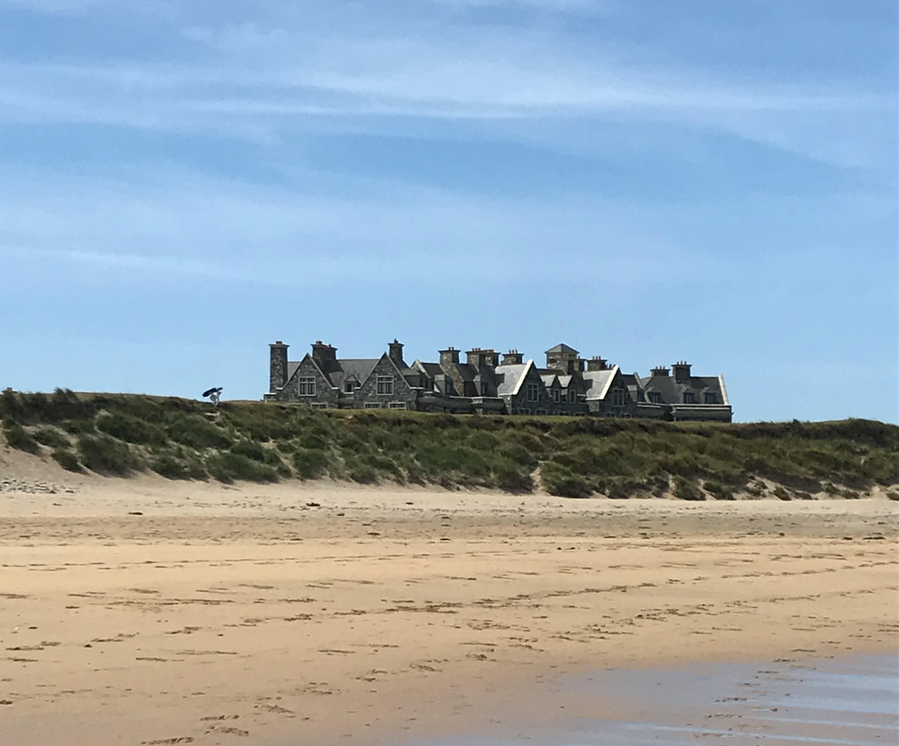 Beth loved Doonbeg, and especially enjoyed the cusine, which included mussels and her favorite – fish and chips. Back in Dublin, the Blacks found their flight was cancelled so they made the most of a bonus vacation day by touring Christ Church Cathedral and its crypts.

Of course she came home full of design inspiration. The textures and colors of the green, rolling farmland, the rustic quality of the stone strewn along the countryside used to form fences and farm homes, and the colors of the brilliant sunsets just may be informing next years projects.

Welcome home, Beth – we’re glad you had an inspiring adventure!