No one can say we don’t make the most of a design show. While the purpose of our trip was to attend Neocon, we couldn’t miss the opportunity to experience Chicago…the designer way!

With a 6 am flight out of Charleston, we headed west and landed in Chicago at 7 am. We dropped our bags at the hotel, grabbed some large cups of coffee and hit the road. We weren’t willing to waste a minute. To that end, we even saw some great things at the hotel. This live bamboo serves as an effective room divider, partial visual barrier while bringing a great sense of the outdoors to a big city hotel. 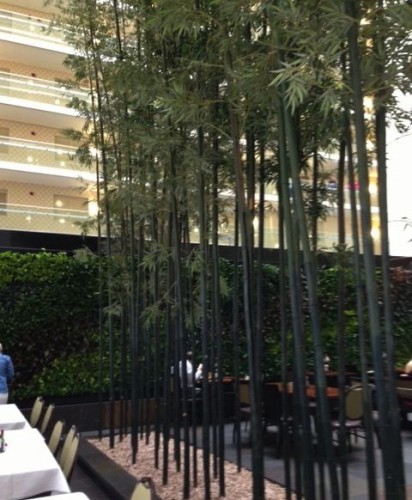 But enough of the hotel, let’s move on to the Architecture Tour…by boat!  This is actually a picture from the brochure but our boat was quite similar.  We highly recommend the Architectural Boat Tour; most cities can only be appreciated from the streets, buses and rooftops so seeing the magnitude of Chicago from the water was truly spectacular.

Lighthouse painted in the Pantone color of the year.  No if that isn’t creative….what is? 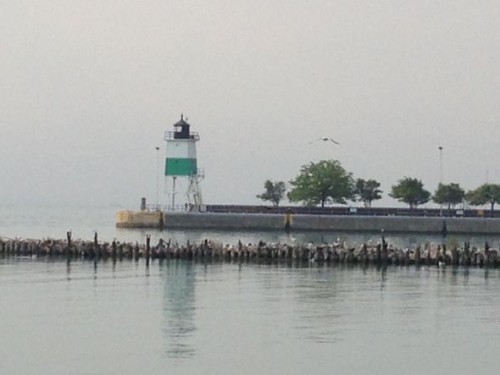 The end of Navy Pier 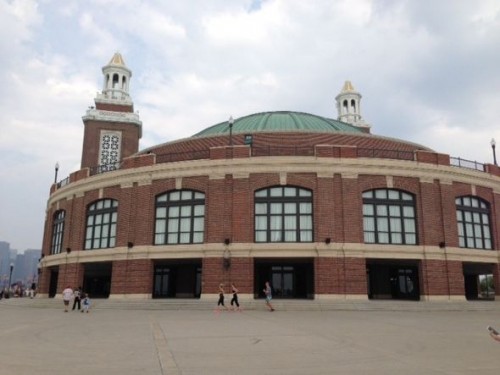 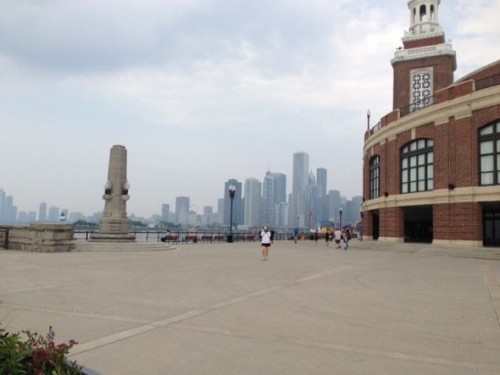 Just because you’re a big tall building doesn’t mean you have to be boring…the lines of this building are striking and contrary to the stark materials.  The Lake Point Tower was designed by Schippoiret-Heinrich Architect 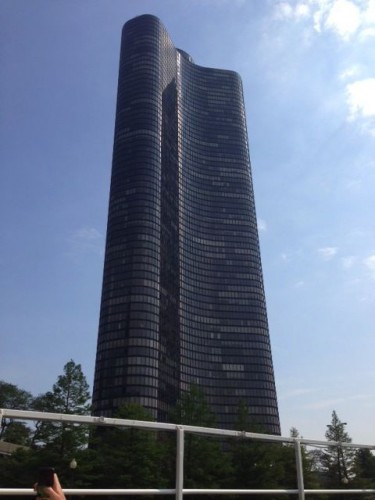 Did you know that Chicago was the first city to put up skyscrapers and they called them “cloud busters”?  Or that the Chicago fire “cleared the way for architectural giants of masonry, glass and structural steel such as Jenney, Root and Sullivan (Frank Lloyd Wright’s mentor)?  Or that Montgomery Ward fought to have the lakefront preserved…fighting against industry taking over the waterfront?  Thank you to all of these great men for the architecture that we now enjoy and emulate.  The juxtaposition of 20s buildings with their ornate, Euro-inspired style and the modernism of Mies Van der Rohe and his rectangular grid-like structures is surely something to be marveled.  Although, Margaret’s favorite is the post-modernism architecture.

After the architecture tour by boat, we took a tour by land to see Frank Lloyd Wright’s designs.  The following are his first 3 designs in Oak Park. 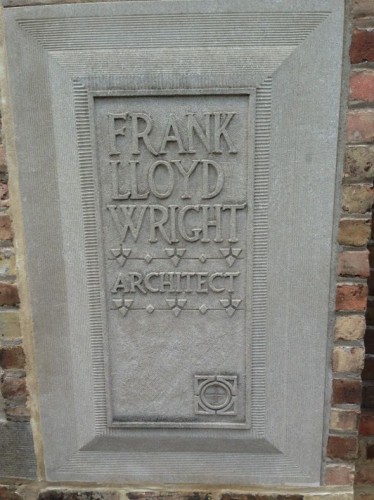 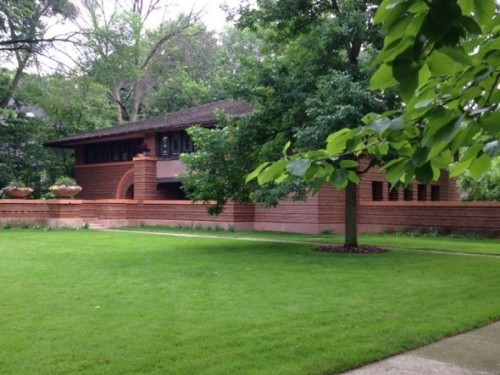 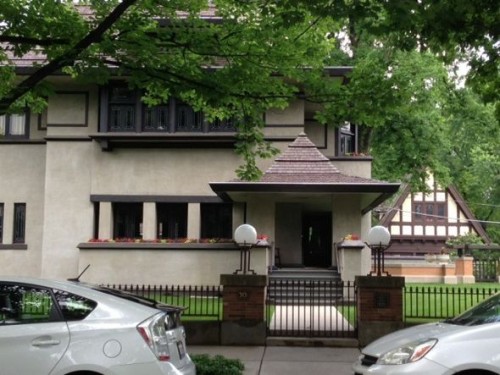 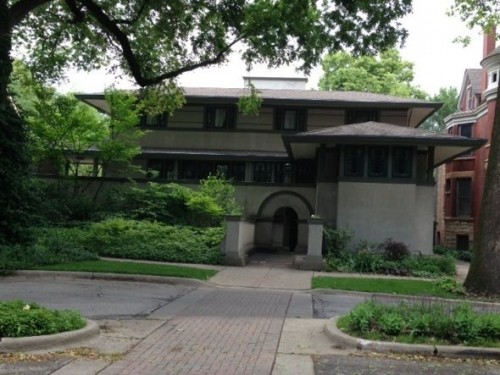 Margaret and Elisabeth enjoying the day. 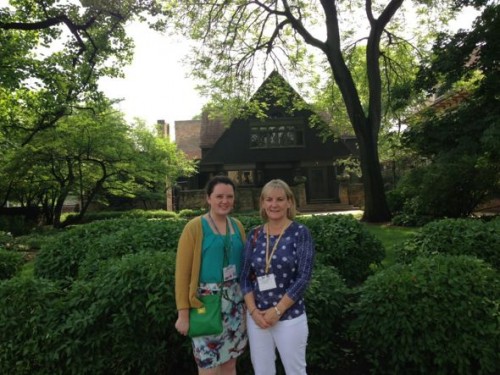 Some shots from the Unity Temple. 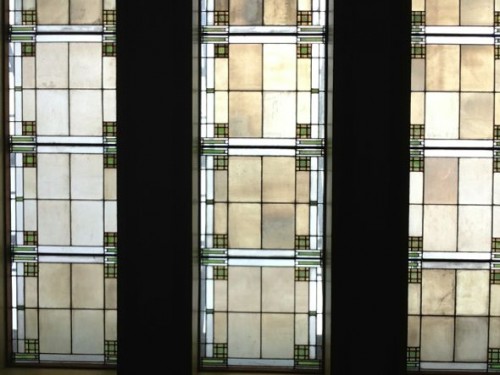 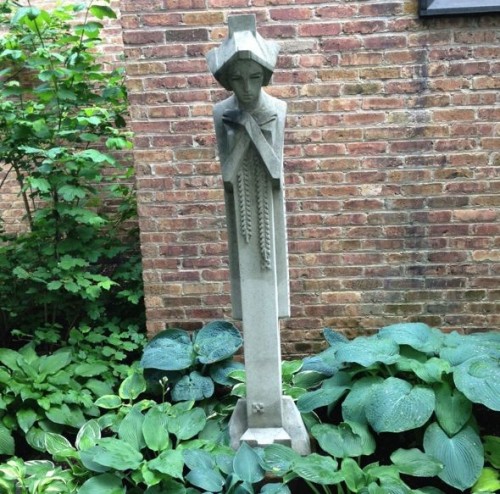 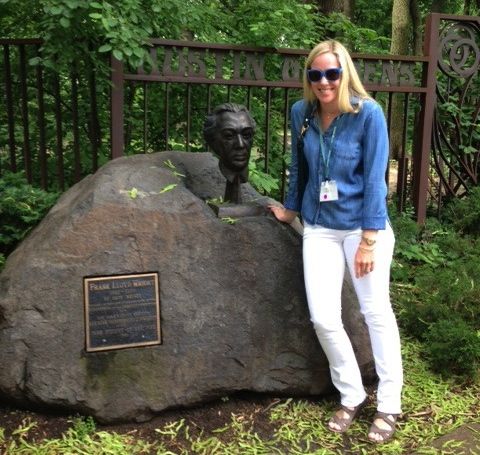 From skyscrapers to Frank Lloyd Wright, Chicago’s rich architectural history just might rival that of Charleston, SC but in such a different way.  Up tomorrow…more exciting adventures in Chicago as MDI takes the city by storm and expands our arsenal of commercial interior design.