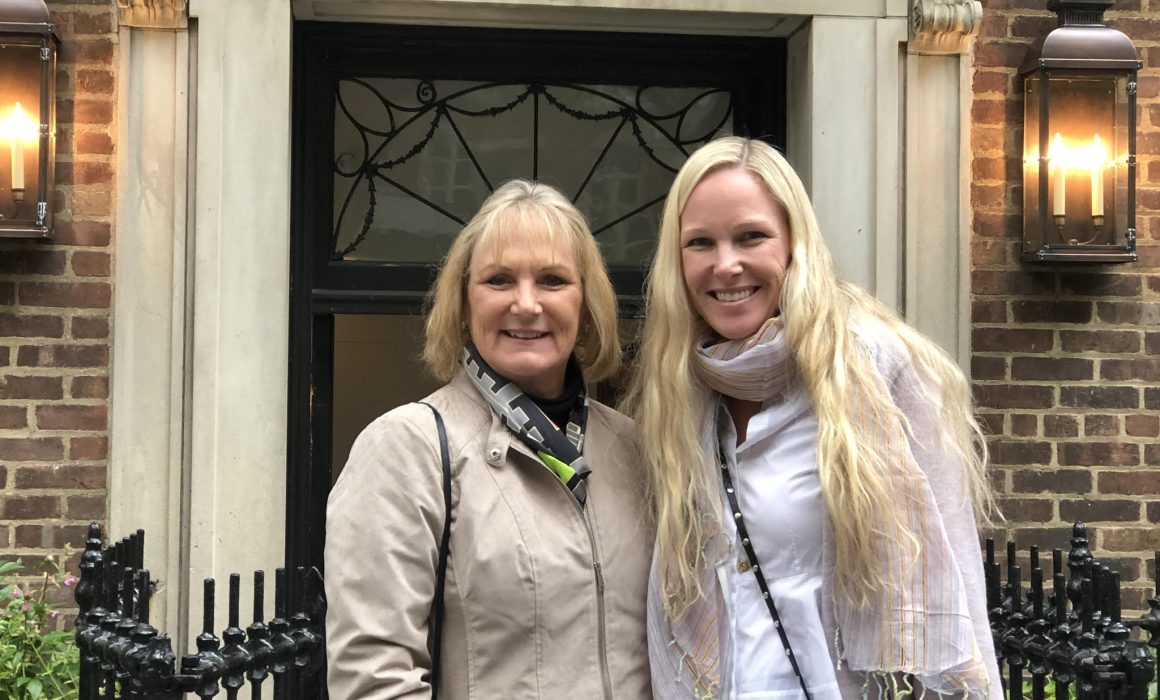 The Kips Bay Decorator Show House kicks off the spring design season with flair. Designers from all over the country flock to New York City to be inspired by their colleagues. This year the show house featured a luxuriously renovated 22-room, 12,000 square foot Upper East Side townhouse.

The Kips Bay Decorator Show House is an annual fundraiser to benefit the Kips Bay Boys & Girls Club. Designers were assigned a room and each had seven weeks to completely renovate it. This year Margaret and Alexis went to Manhattan for inspiration – and a little bit of fun.

The Kips Bay Decorator Show House is a great place to spot design trends, and we saw plenty to like.

For color, deep saturated blues were everywhere. We loved how they were such a dramatic backdrop for more feminine pinks, vivid scarlet begonia, tangerines, and aquas. Deep blue also set off the many hints of gold in the home.

Texture also played a big part in this year’s project. Furniture and rugs begged to be touched, as did rugs.

Pattern and shape stole the show in several rooms. Organic forms mingled with geometrics to create peaceful rooms that were also visually interesting.

The home featured strong lines and bold statements, and we liked how the feminine touches balanced it out. Chinoiserie, tassels, botanicals and florals, along with pink furnishings and and raspberry paint softened more masculine elements.

Upstairs, the breathtaking artist’s studio featured a floor-to-ceiling cubist collage that we’re still thinking about. Who would want to leave that room?

Because we’re dog lovers at MDI, one of our favorite rooms was the Salon des Chiens, or the “dog lounge”.  What was once the reception space for the home became a whimsical (and elegant) place to stow doggie gear and clean up after a neighborhood stroll.

There was something fun to see around every corner, and we’re all thinking about how to incorporate our favorite elements.