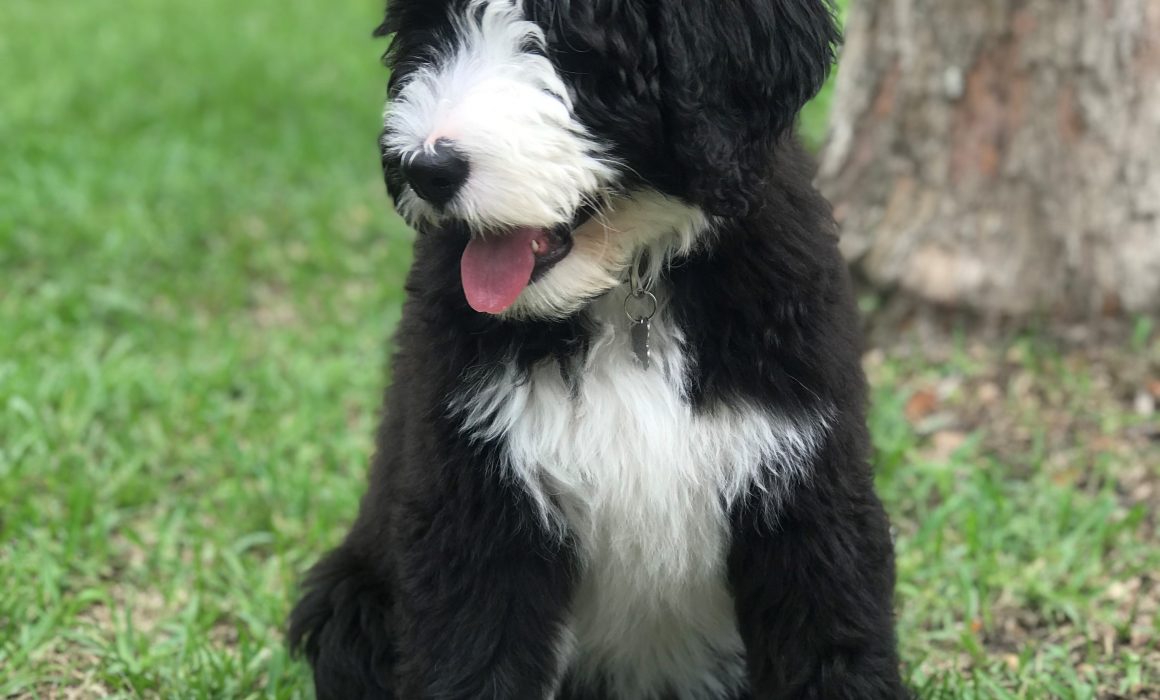 We are so happy to add another furry friend to our designing dog pack at MDI. Mabel is a Saint Bernedoodle – a Saint Bernard / Poodle mix who recently joined Arden McKenzie’s family.

Arden wanted to name her “May” because her husband surprised her with the news they were getting a puppy on the May River in Beaufort. Since they already knew several dogs named May, a trip through Arden’s family tree yielded the name “Mabel.”

A life-long devotee of the mix, Arden was worried that a Bernedoodle would be too hot in the Charleston heat. She caved when she learned the breed has a long lifespan, and that they don’t shed (and therefore won’t aggravate her husband’s allergies). She also liked that black and white Bernedoodles keep their distinct markings, unlike the brown and black versions whose markings tend to blend over time.

When Mabel was eight weeks old, she finally got to come home. Arden says at first they were up every hour with her, but she fell right into a routine. Now she loves visiting the dock, taking a ride on the boat, and going out to their favorite restaurants.

Mabel loves to play and loves attention. She loves her tiny tennis ball, running zoomies in circles, and belly rubs. She is learning to be a boat dog but loves napping upside down when she finally gets some quiet time.

Arden is at the office early so Mabel and Alex’s dog Willow have a morning romp session then Mabel naps next to Arden’s desk until lunchtime.  Like every other dog in the office, Mabel loves Elizabeth – a.k.a. The Dog Whisperer! We are happy to have you as part of the MDI family, Mabel. You can follow her on Instagram @mabelthenbernedoodle.