Last month we shared the renovation of the historic Dock Street Theater featuring traditional Charleston interior design. Near the beach, such as our Isle of Palms and Kiawah Island interior design projects, contemporary design is almost always in order. However, on the Charleston peninsula, especially south of Broad, traditional design still reigns. 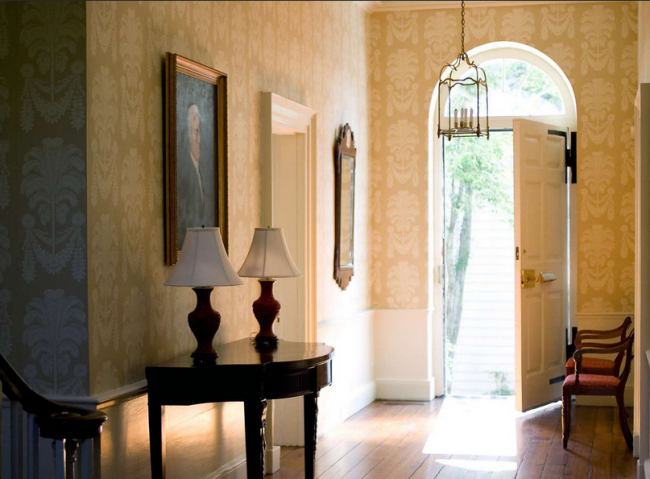 The Bishop Robert Smith house is a classic, traditional 1800s home named for its original owner and first College of Charleston president, Bishop Robert Smith, and is the traditional home of presidents of the College during their service. Some may know this property as the “Glebe House,” and it is often used as an event space for students and faculty.

The entryway of the building is everything a traditional Charleston house should be. Ornate wallpaper, an oil painting of a noble ancestor, and rich upholstery and accessories reflected the era’s obsession with all things lavish. 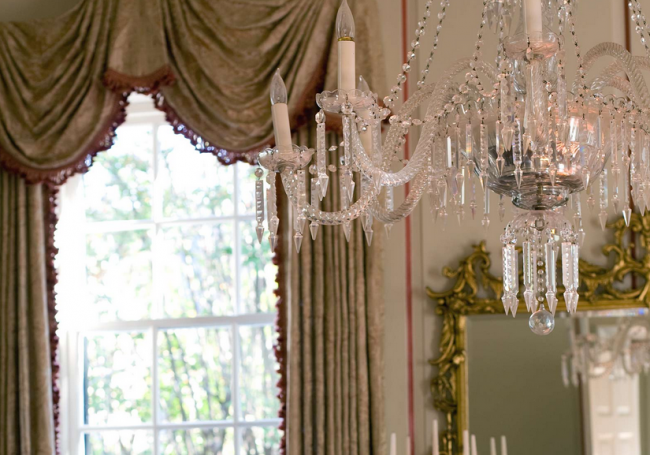 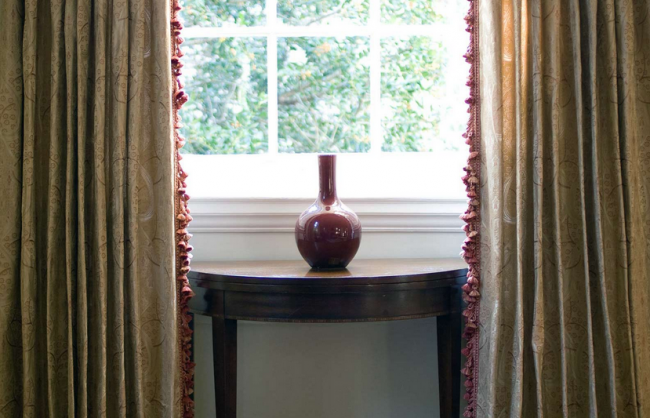 Heavy, elaborate draperies were part of the aesthetic, but they also helped keep out the searing Charleston sunlight. 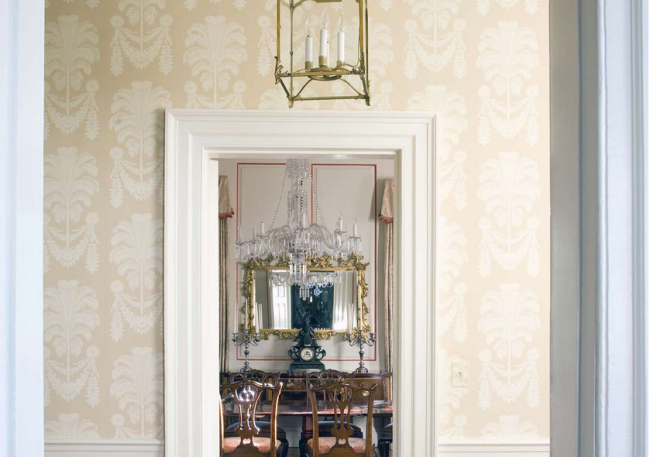 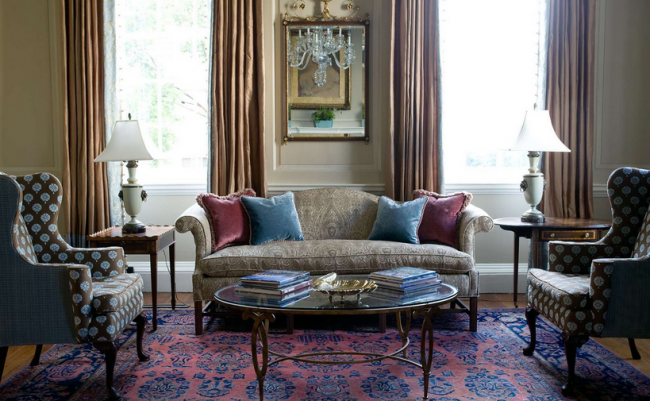 Of course, oriental rugs, crystal chandeliers, and fine ceramics imported from Italy or China were the preferred accents, as well as anything gilded. Charlestonians of this era didn’t think twice about mixing patterns, and furniture was an eclectic mix as most was either inherited or bought in Europe on a Grand Tour. As a result, you’ll likely see Venetian glass, decorative Chinese porcelain and French or Italian fabrics in a traditional Charleston home, especially if it dates back to the Romantic Age.