Just for fun today we thought we’d give you a tour of Charleston’s historic Dock Street Theater, one of our interior design projects from a few years ago. The renovation is a perfect illustration of traditional Charleston interior design. The theater was built in 1809 as a hotel and converted to a theater in 1935, and today is a beloved part of the Holy City’s art (and social) scene. 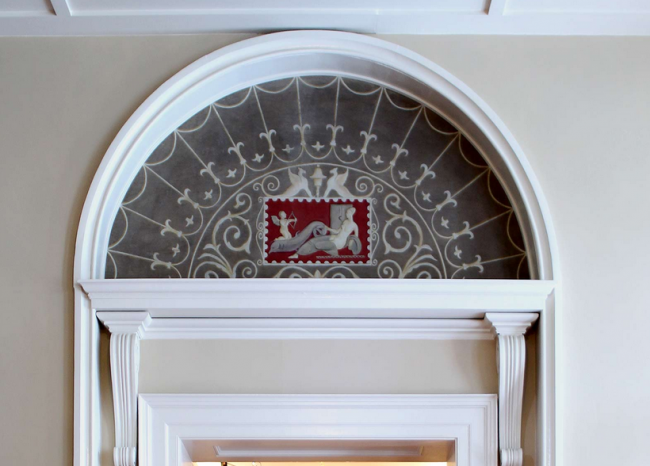 The theater is in Charleston’s gorgeous French Quarter, an area that was within the old walled city and housed a large number of French merchants. It sits at the corner of Queen and Church streets, and is called the Dock Street Theater because Queen Street used to be called Dock Street. The original theater was likely destroyed in the Great Fire of 1740, and rebuilt at the Planter’s Hotel in 1809.

Like much of Charleston, after the Civil War the hotel deteriorated and was eventually slated for demolition. However, in 1935 a Depression WAP project saved the building and turned it into a theater. The $350,000 renovation (a fortune at the time) used regional hardwood and salvaged architectural elements from local mansions. In 1937 the theater celebrated a grand re-opening with Edwin DuBose Heyward, co-author of the play Porgy, as the artist-in-residence. His wife Dorothy adapted the book into a play. As you know, the play later was adapted into an opera, Porgy and Bess, with music composed in Charleston by George Gershwin.

We were chosen to do the interior design for the 2010 renovation of the theater. This $19 million project repaired earthquake and hurricane damage, made the building handicap accessible, and updated everything from sound and lighting to paint and textiles.

Today the historic Dock Street Theater is one of Charleston’s oldest, most iconic landmarks. Inside you’ll find the use of the color “Dock Street Red.”  It is an accent throughout, from its distinctive painted murals to the carpeting that withstands thousands of visitors each year. 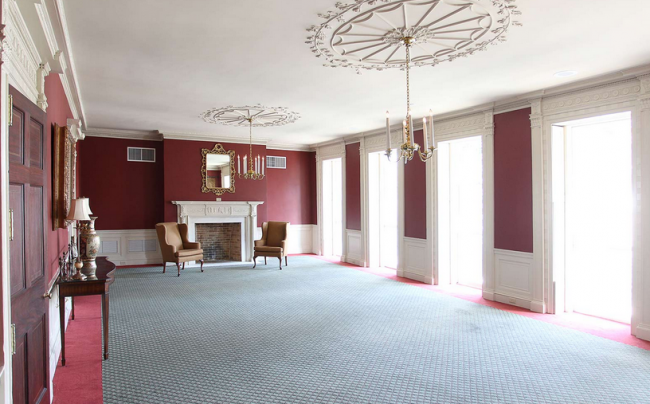 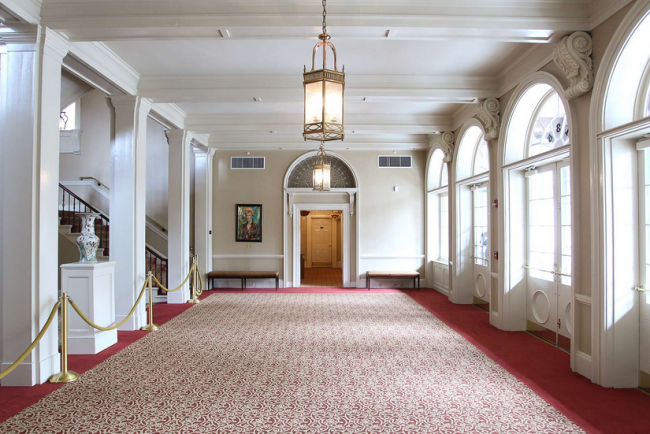 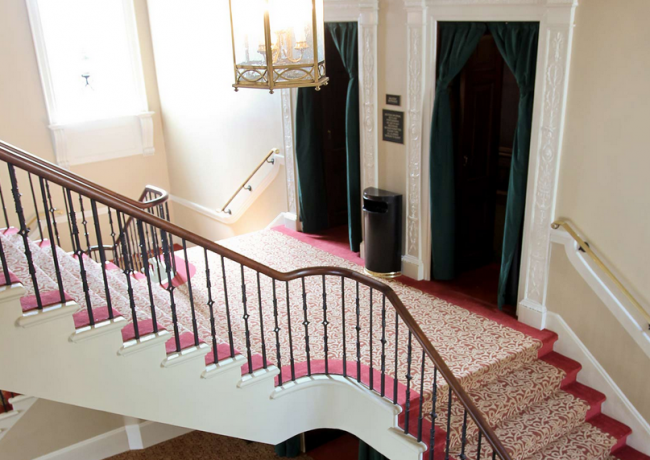 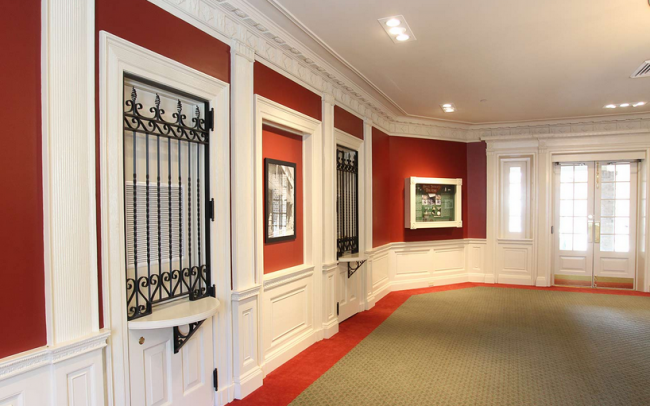 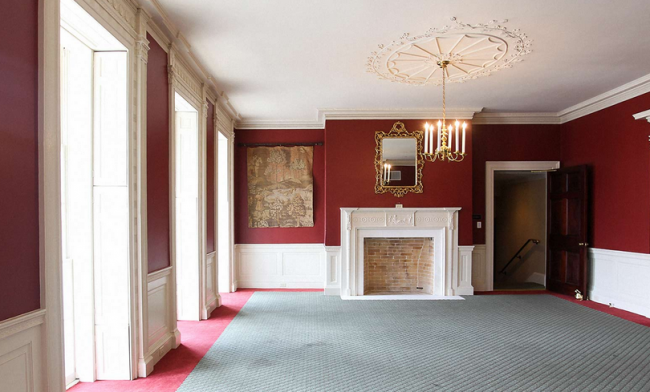